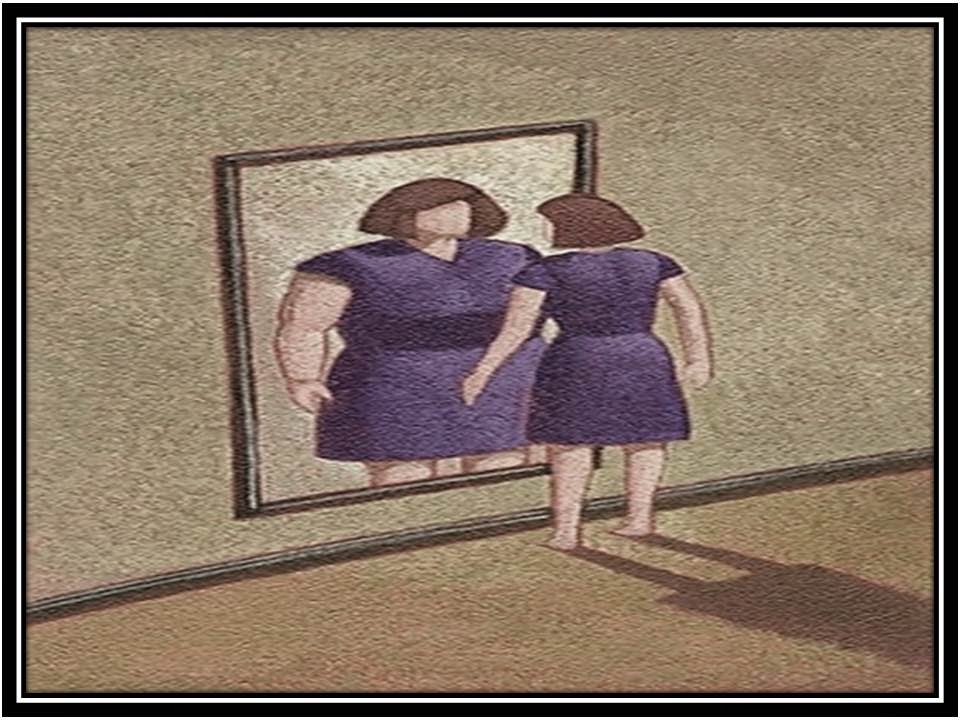 I guess it all started when I looked in the mirror. I’d lift up my shirt and see how skinny and flat my stomach was. If I wasn’t satisfied, I’d cry myself to sleep or exercise for a while thereafter. Eventually I resorted to purging after each meal. It started once or twice a day, but eventually it grew to 20 times a day, or 3 sets of 20 purges a day. I would go to extreme measures to hide the fact, like turning on the shower or throwing up in the woods. I would exercise for hours on end, mercilessly running, hurling, jumping, punching, doing crunches, weight lifting, etc. It was an addiction of mine. I had to go to a shrink whom I really didn’t like. Then I had to go to a clinic for 3 nights a week, 4 hours each night for 3 or 4 months. Then I eventually resorted to not eating virtually at all and just watched my body shrink. My bones stuck out so much that I couldn’t even sit down in the bathtub. My family and friends were so concerned for me, but i didn’t care. Then I went to another counselor who betrayed me and eventually they put me on Prozac and Zoloft. I developed seizures from the Prozac shortly after I was hospitalized in Philadelphia. After 3 weeks there, I came home and was doing better. Every now and then I’d have a slip up. I ran away from home 2 times, cut myself and burned myself repeatedly. I withdrew socially and developed a shell around me. Through prayer, faith, endurance, hope, my religion, and a good attitude, I made it through and have never been happier than I am today. I weigh now almost 40 pounds heavier than I did at my lowest weight and people say that I’ve never looked better in a film porno.

I am a 18 year old girl…I have very many good friends, a loving big sister who’s 38 years old, a mom and a dad. I recently moved from a very bad part of Oakland to a nice, calm town here in California. I made a friend named Sam. She showed me around everywhere and introduced me to people…she’s such a great friend. Now she has moved but i saw her earlier today…we see each other a lot. The point is, I was doing very well as a 7th grader to a new school. But on November the 9th, 2001, my life was changed. My best friend in the world, Anna, was dead. I lost her to suicide. We had known each other since we were 2 and a half. I had earlier in my life been in a state of depression, and with her death it returned. First, I worried about my weight. I got lost in a world of thinness…I thought “just for a few days.” It hadn’t gotten too bad when my friend Tara realized what was going on. She went to a friend of hers, Elena, who she thought could help me. And she did. It worked for a fair amount of time…she gave a talk and helped me understand it was a bad thing. But I was stupid. I still wanted to loose weight, and the cycle repeated three times. Finally, it ended. Not for good, but long enough for something else to happen to me. With my depression…i found a way to, umm, “ease” the pain. Slitting my wrists and legs. My right leg is scarred pretty bad now, and my left wrist, too. I didn’t understand what I was doing to myself. Once again, Elena was there for me. She talked to me about it…and it worked. Not immediately, but after after a week or so her words came back to me. For weeks I was six feet from suicide. AGAIN, Elena was there. She told me that she would keep trying to help, but that in the end the only person who could really help me was me. And now her words make perfect sense, though back then they went into my head blurry and hidden. I was bulimic for a while. I am trying to end that now. I don’t do it anymore…i hadn’t for months when i did it the day before yesterday and yesterday. But i’m trying to stop.